In the sixth article of ILGA's #TurnItOff campaign,
Luz Elena Aranda Arroyo explains how biphobia manifests itself differently
than homophobia or lesbophobia

A couple of years ago, as I finished giving a workshop on sexual diversity, I opened the space to comments saying: "Now, you can ask what you have always wanted and you have never dared to a bisexual woman".

A woman raised her hand and said: “Could you describe an ordinary day in your life?”.

Alarm clock-coffee-bathroom-breakfast-take the child to the kindergarten-run to the office-mails-workshop-projects with the intention of changing the world which not necessarily achieve the goal-rehearsal, because artivism is rehearsed-run back to the kindergarten-I did not have time to eat-clay-songs for children-dinner-a beer-I hope to catch the new episode on Netflix without falling asleep.

Biphobia manifests itself differently from homophobia and lesbophobia.
Bisexual people suffer from discrimination and prejudice both among heterosexuals and by many lesbians and gays.

Accepting yourself as a bisexual woman is not easy. Social prejudices that one has internalized do their own part, too. On more than one occasion I felt the need to justify myself for having chosen a partner rather than another one, for having a son in a mixed-orientation relationship, for not being lesbian enough but not heterosexual enough either.

But no, being bisexual has neither atrophied nor nullified my ability to choose, nor my willingness to choose whom I relate to and whom I do not. It has not made me any less reliable or more undecided. And no, I'm not confused.

And there is a saying among bisexual people that seems not to be clear to those who are not: a bisexual person feels sexual and emotional attraction towards people of more than one gender/sex, BUT not necessarily at the same time, in the same way , or with the same intensity ... Like anyone among you (and that's the secret).

This article is part of ILGA's #TurnItOff campaign,
where human rights defenders share their experiences and advice
on how to speak up to silence the noise of LGBTI-phobia

Disclaimer: These articles are meant to offer a place for views, ideas and debate.
The views expressed by authors do not necessarily reflect the policy of ILGA, or the views of its board members or staff. 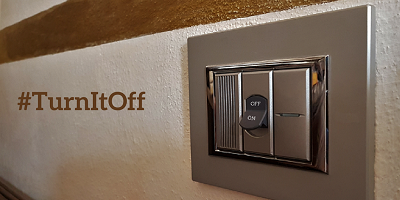