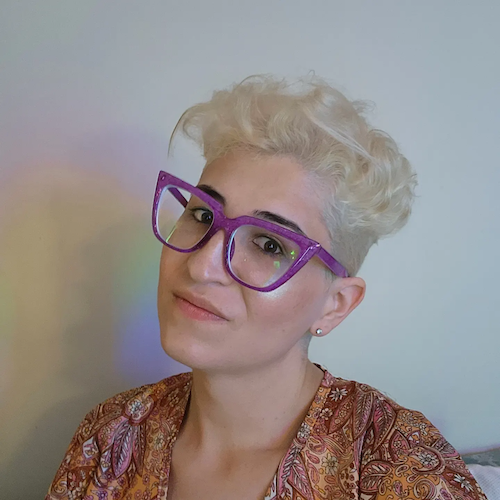 Eli Rubashkyn (they/them) is a Consultant for the Gender Identity & Expression and Sex Characteristics Programme at ILGA World.

They are a human rights activist, pharmacist, chemist, harm reduction educator, and science researcher, with more than 12 years of combined experience as a scientist, as a pharmacist, and as an intersex human rights advocate.

Eli was born in Bogotá, Colombia, and carried their master's studies in the fields of public health and health care administration at the Taipei Medical University.

In the public health arena,  Eli has been an advocate for harm reduction, and drug policy reforms around the world, integrating the philosophy of harm reduction in the light of human rights and effective public health interventions - in particular with ethnic minorities, people living with HIV, populations at risk, LGBTIQ+ people, and persons living with mental health conditions.

From a stateless refugee background,  Eli was resettled in Aotearoa New Zealand, where they began a new life as a pharmacist and scientist. in 2014  Eli began their work as an intersex activist working alongside the Intersex Trust Aotearoa New Zealand. In 2019  Eli co-founded Rainbow Path, an organization providing assistance and support to LGBTIQ+ refugees in Aotearoa New Zealand, and co-drafted the Canberra statement together with the FDPN on the access to safety and justice for LGBTIQ+ asylum seekers, refugees, and other forcibly displaced persons.