ILGA's LGBulleTIn #131 provides a week in LGBTI news of the world to the lesbian, gay, bisexual, trans and intersex community and their allies

CALLING ALL ILGA MEMBER ORGANISATIONS: let the ILGA Board know what is important to you!
Take an 8-minute survey in English | en español | en français, and help shape our new strategic plan! Deadline: September 30

Important words from the Inter-American Commission on Human Rights and United Nations Human Rights experts ahead of #BiVisibilityDay!

The Inter-American Commission on Human Rights and five United Nations Special Procedures have called for an end to human rights violations against bisexual people, issuing a joint statement on the occasion of this year’s Celebrate Bisexuality Day.

“Making the existence of bisexual persons visible is a key building block in the eradication of violence and discrimination against them,” human rights experts noted, pointing out how bisexual persons “are still not included in discourses on sexual orientation, data collection, health research and also within their own communities.”

The IACHR and UN human rights experts also urged States to collect disaggregated data on bisexual persons to enable the formulation of policies dedicated to the community, and pointed out how “reports and initiatives undertaken by LGBTI organisations should address biphobia and highlight the distinct experience of bisexual persons separately to homophobia and broader LGBTI experience.”

Read also: the newly-launched campaign and factsheet from UN Free and Equal 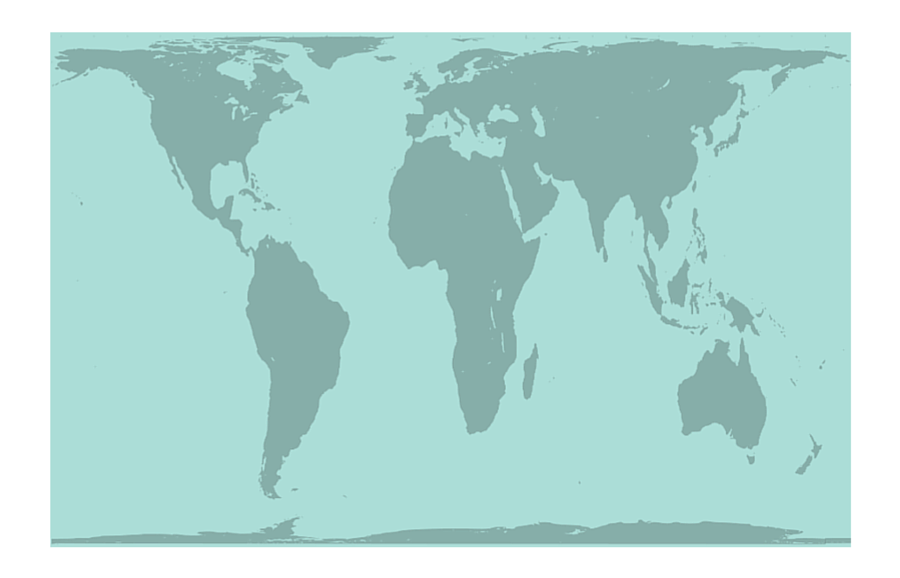 UN human rights experts have written to the IAAF calling for harmful new regulations on the eligibility of women with intersex variations to be withdrawn.

The LGBTI Core Group held an event at the United Nations headquarters, where both the UN Secretary-General and the High Commissioner for Human Rights unequivocally voiced their support for the rights of sexual, gender and sex minorities.

“We want to live”: migrant trans sex worker's murder in France sets off protests around the world

On the night of August 16, Vanessa Campos was shot dead in the Paris park of Bois de Boulogne. She was a trans person of Peruvian descent, who had lived and worked as a sex worker in France for two years. Sex work allowed her to live while helping her family in Peru.

As the International Committee on the Rights of Sex Workers in Europe (ICRSE) reports, Vanessa was murdered while a gang of men were trying to rob her client: five men have been arrested since then, and judicial procedures are soon set to take place.

Organisations across Europe launched an international day of action in memory of Vanessa Campos, calling for an end to violence against these communities, to decriminalise sex work and repeal the criminalisation of clients. As Broadly reports, protests were held not only in France, but in front of French embassies in Amsterdam, Berlin, Bogota, Copenhagen, London, Los Angeles, Sydney, Perth, Oslo, Vancouver, and Vienna.

In France, the highest bioethics body has spoken in favour of women couples and single women who want to have access to medically assisted reproductive treatments.

More than 20 activists and researchers involved in the “Call It Hate: Raising Awareness of Anti-LGBT Hate Crime" project met in Sofia, Bulgaria for two days to work on campaigning and message framing.

Organisations across Africa and beyond have expressed concerns about “the recent attacks on the independence of the African Commission on Human and Peoples’ Rights (ACHPR) and the dire implication this has for human rights on the continent.”

These concerns come in the wake of a recent decision by the Executive Council of the African Union prescribing a new interpretation of the ACHPR’s independence, described as being  of a ‘functional’ nature. The decision further states that the ACHPR is not independent from the organs that created it.

“The Executive Council of the African Union has questioned and threatened the independence of ACHPR,” Pan Africa ILGA reported, calling on member organisations and other human rights defenders to answer the call to action to voice their outrage. “In direct contravention of the laws governing the relationship between members of the African Union and the ACHPR, the Executive Council has attacked the status of the ACHPR as a body that is not answerable to the laws of member states.”

People have turned out en masse to cinemas in Kenya to watch 'Rafiki', a movie about love between two women that was previously banned in the country. The ban was temporarily lifted after the director filed a lawsuit against the Kenya's Film and Classification Board.

A teacher in Zimbabwe came out during a school assembly tackling homophobic bullying, sparking a heated debate across the country.

The Inter-American Commission on Human Rights has summoned the government of  Chile to a meeting on October 2, to ask the executive branch whether it is moving towards marriage equality.

As reported in Rex Wockner’s Worldwide Marriage Equality Watch List, “Chile is required to bring in marriage equality to comply with a 2016 Inter-American Commission settlement between leading LGBTI group Movilh and the government of former president Michelle Bachelet.”

The government led by Sebastian Piñera government had initially signalled that it would move forward with the settlement, but some recent statements may indicate different intentions. Movilh has also pledged to raise further issues during the meeting, such as the exclusion of youth aged under 14 from the recently passed Gender Identity Law.

Meanwhile, in Chile, the Family Commission of the Chamber of Deputies has voted in favour of granting adoption rights to same-sex civil cohabitants and de facto partners.

ILGALAC announced the dates of its next regional conference: it will be held from 20-24 November 2019 in Villa De Leiva, Boyaca, Colombia.

A record number of candidates from rainbow communities will run for legislative office in the upcoming elections in Brazil.

Malaysia: PM rejects recommendations on the protection of sexual and gender minorities

The Prime Minister of Malaysia was reported publicly rejecting the recommendations of the National Human Rights Commission (Suhakam), which had called on the government to repeal laws criminalising sexual and gender minorities.

“We have to remind Suhakam that our value system is not the same as the Western value system. They’re more free,” Dr Mahathir Mohamad was quoted as saying. “We can’t accept, for example, LGBT, or same-sex marriages, whether between two men or two women. Our concept of family has not changed.”

These remarks came amidst growing concerns and hostility against rainbow communities in the country. Earlier this month, two women were publicly caned as they were found guilty of attempted same-sex sexual activity, a gay bar in Kuala Lumpur was raided by police and religious enforcement officials, and a trans woman was beaten up by a group of assailants in Seremban.

A court in India ruled in favour of a woman who was forced into a mental institution by her family after she had started living with her girlfriend.

A prominent magazine in Japan will soon close, after coming under fire for publishing a homophobic article written by a right-wing MP.

Delighted to share that when the House passed the final version of the Labor-Health-Education funding bill today, the anti-LGBTQ #AderholtAmendment had been REMOVED from the final bill! https://t.co/n9IXbf90QV

A proposal that would have inhibited adoption rights for same-sex couples, in the name of ‘religious freedom’, has been defeated in the U. S. House of Representatives.

The proposal was passed by the House Appropriations Committee in June following a 29-23 vote, but was finally not included as the House approved funding for Departments of Labor, Health and Human Services, and Education.

Into pointed out that, if made law, the amendment would have prevented states from taking action against any religious adoption or foster care centre barring same-sex couples from becoming parents.

In the United States, a 63-old lesbian woman has filed a lawsuit against the Social Security Administration, seeking to see her spousal survivor's benefits recognised. Her partner of 27 years had died in 2006, before the couple were able to marry.

A new report has revealed the extent of the housing insecurity faced by trans youth in Hawaii, United States.

Dozens of persons have gathered together in Melbourne to attend the 2018 Australian GLBTIQ Multicultural Council’s National Conference, aimed to bringing together LGBTIQ persons from diverse cultural and faith backgrounds and their communities.

Held under the theme “Living and Loving in Diversity”, the conference addressed issues related to health and wellbeing, older adults, refugees and asylum seekers, and emerging communities amongst others. A Youth Day Conference was also included in the programme.

Neo-nazi groups in Queensland, Australia have plastered with stickers an LGBTIQ-inclusive church in Brisbane, and spread hateful posters around the centre of Townsville.

A military historian has called on the government of Australia to deliver a national apology to former service members who were dishonourably discharged on the basis of their sexual orientation.