ILGA's LGBulleTIn #137 provides the week in LGBTI news of the world to the lesbian, gay, bisexual, trans and intersex community and their allies

Taiwan to vote in referendum on marriage equality and education

A week to the #referendum please be there with us!#2Yes and #3No can make your dream real, don't think of yourself as a small one in this world, let's make a big step altogether, you are not alone!
#1124 #LGBTQ #Taiwan #SameSexMarriage #LoveisLove #LoveWins pic.twitter.com/2Tj28LcwI9

Human rights defenders in Taiwan are actively campaigning ahead of the local elections that will take place on November 24, where marriage equality and inclusive educations are at stake.

Citizens will be asked to cast their votes on proposals asking the government to introduce equal rights to marriage, and on a competing one aimed at establishing civil unions for same-sex couples instead. A consultation on whether ‘gender equity education’ should touch upon “sex education and gay and lesbian education (sic)” is also on the ballot.

In May 2017, the Constitutional Court declared the ban on marriage equality unconstitutional, and gave the Legislative Yuan no more than two years to legislate accordingly. A recent change in referendum law, however, allowed conservative campaigners to petition for a referendum on the issue.

Human rights defenders are countering the 'horrific amount of misinformation and negative propaganda’ spread ahead of the consultations, and are encouraging people to vote and inform their communities about what is really at stake.
“The key message is that every family deserves the same respect in Taiwan”, said Jennifer Lu, coordinator of Marriage Equality Coalition Taiwan. “Marriage equality and gender equity education are all about protecting and creating social harmony and respect in society”.

A few days before the consultation, more than 100,000 persons rallied in Taipei in support of marriage equality, and 27 major companies have voiced their support. 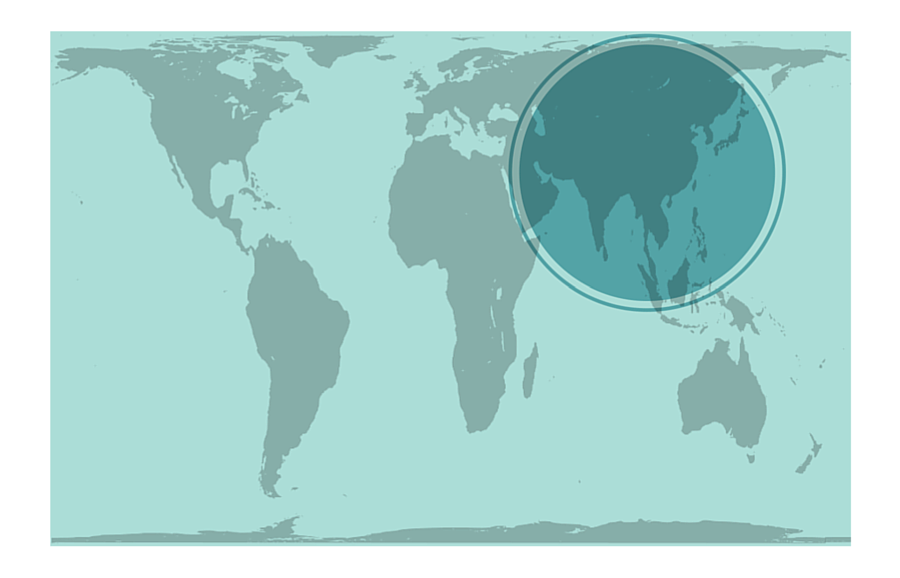 A writer in China has been sentenced to 10 years in prison for selling a novel depicting sexual acts between two men, sparking outrage on social media over the severity of her sentence.

More shocking reports of trans persons being assaulted and evicted from their homes have emerged in Indonesia, amidst the ongoing crackdown against sexual and gender diverse persons in the country.

Trans human rights defenders were forced to disband a demonstration in Kyiv after far-right protesters assaulted them.

During the short rally, held to mark Trans Day of Remembrance, at least two girls and a journalist were physically assaulted by counter-demonstrators, who also threw smoke bombs at participants.

Activists reported that they were forced to change the place of the gathering twice for security reasons, but that did not stop far-right protesters from trying to disrupt the event.
Police did not remove the counter-demonstrators, but shoved human rights defenders through turnstiles of the subway station, and then blocked the entrance to avoid further clashes.

“Today's events have demonstrated that the level of right-wing radical aggression and violence is increasing in Ukraine”, non-governmental organisation Insight commented. “We see this situation as a right-wing radical dictatorship that is being established in Ukraine.”

‘Transgender identity and expression’ have been added as protected grounds in legislation sanctioning hate speech in Sweden, which will come into effect on January 1, 2019.

A bill allowing civil unions for ‘adults of the same-sex or of opposite sex’ has been passed in San Marino.

At least 80,000 persons took to the streets in Santiago de Chile to demand marriage equality and the possibility for same-sex couples to adopt children.

Aptly titled Basta de bla-bla (‘Enough with blah-blah’), the march was the highlight of the annual Santiago Parade, and followed the release of data showing that over 6 in 10 lawmakers are in favour of marriage and adoption equality.

"These figures show that we must move from discourse to practice here,” said Movilh spokesperson Oscar Rementería. “If the majority supports, there is no reason to continue postponing marriage or adoption equality. However, bills haven’t been discussed in Congress since November 2017.”

Inter-American Commission on Human Rights officials have recently pointed out that Chile must comply with the settlement agreement signed on the issue in 2016, and that the country is subject to the historic opinion indicating that all couples must be guaranteed the same legal protections and rights, including the right to marriage.

The first national meeting of indigenous youth who identify as LGBT was recently held in Bolivia.

Thank you to all who have supported these very important reforms. #TransDayOfRemembrance #TransRightsAreHumanRights #politas #TransformingTasmania #auspol pic.twitter.com/6ZLgcXT88C

In a narrow vote, the Lower House of Tasmania advanced reforms to make the inclusion of a child’s gender marker on birth certificates optional.

As ABC reports, the Government was seeking to update the marriage act by removing the abusive ‘forced divorce’ precondition for persons seeking to change the gender on their birth certificate, as they had until December 9 to comply with requirements following last year’s introduction of marriage equality.

However, nine more amendments were attached to the bill and passed with the casting vote of Speaker Sue Hickey, who supported the proposals in opposition to the government.

The amendments would allow gender markers to be included on a certificate if requested by parents, or a person aged over 16 years. Medical records will continue to record a child’s sex at birth. The proposal – slammed by the federal prime minister as ‘ridiculous’ in a much-criticised tweet – will now have to be passed by the Upper House to then be signed into law.

“I applaud the Tasmanian lower house for providing greater equity, dignity, and hope for transgender, gender diverse, and intersex Tasmanians,” Transforming Tasmania spokesperson Roen Meijers was quoted as saying. “It’s particularly important that this reform has passed on Transgender Day of Remembrance, the day where we remember those transgender people who lives were lost to prejudice, hate, and violence.”

Acting Commissioner of Police in Fiji publicly addressed LGBTQI communities’ concerns about interacting with law enforcements, and vowed to have their officers joining awareness trainings and workshops.

In Australia, legislation was introduced to the Northern Territory parliament to scrap the 'forced divorce' precondition for trans persons to see their gender legally recognised in birth certificates.

As you are aware, I sued the Corporate Affairs Commission for violating my right to association and freedom of expression by rejecting to register my organization because they said the name was “ misleading, offensive, and contrary to public policy”.

A Federal High Court in Abuja has dismissed a suit seeking the registration of a non-governmental organisation aimed at advancing the human rights of lesbian women.

The applicant, Pamela Adie, founded the Lesbian Equality and Empowerment Initiatives in 2017, but could not register it as the Corporate Affairs Commission (CAC) rejected her bid, claiming that its name was "misleading, offensive, and contrary to public policy”.

Adie then took the issue to court, and sued the CAC “for violating my right to association and freedom of expression”, but saw her claim rejected.

"We will never stop fighting to see that we have a country where everyone enjoys the same rights regardless of who we love or how we identify," she commented on social media, announcing that next steps will be announced soon.

A new report has revealed an 'alarmingly high' HIV incidence among men who have sex with men (MSM) and trans women in Kenya, Malawi and South Africa, highlighting the need for targeted prevention interventions.

Pan Africa ILGA has criticized moves of countries and agencies to withhold aid to Tanzania over human rights concerns, as this could increase vulnerability and violence towards LGBT people in the country.

To all the young people in Ontario, and especially those of you who identify as trans or non-binary; We see you. You are loved. And we appreciate the immense value you bring to our society. We will not allow you to be erased or have your ability to self-identify be compromised. pic.twitter.com/D0srKRxnGZ

Delegates to a gathering of the governing political party of Ontario passed a non-binding resolution dismissing discourse over gender identity as ‘unscientific, liberal ideology’, and attempting to remove it from school curricula.

Even if the leader of the party has reportedly said that the government will ignore the resolution, even the fact that it was advanced has raised concerns amongst human rights organisations and defenders.

“Gender identity is recognized and protected as a human right in Ontario and under the Canadian Human Rights Act and the Criminal Code,” ILGA co-Secretary General and Egale Executive Director Helen Kennedy pointed out. “It is protected for a reason. Trans people, and especially young trans and non-binary people, face a significant amount of discrimination on a daily basis.”

A 2011 survey conducted by Egale across Canada showed that 90% of trans youth hear transphobic comments from other students on a daily or weekly basis: this data shows how much inclusive education is needed to fight transphobia.

“Policy Resolution R4 is a malice imposition on the safety and wellbeing of young trans and nonbinary people across Ontario”, Kennedy commented. “This type of attack and discrimination will not, and should not, be tolerated”.

Bisexual women in the United States are at highest risk of opioids abuse due to stress and stigma, a study has revealed, with 14 percent reporting misuse of drug prescriptions in the last year.

More than 40 lawmakers in the United States have demanded the removal of language pledging  to support "policies that protect workers against employment discrimination on the basis of sex" from the United States-Mexico-Canada Agreement.