Schools and education settings seem to be increasingly under the radar of those seeking to turn the clock back on equality.

In the United States, at least seven states have introduced bills to clamp down on discussions on LGBTI issues in educational settings, putting students at increased risk of bullying and mental health issues. In Poland, a bill was passed to tighten control over extracurricular activities in schools. In Australia, the so-called ‘Religious Discrimination Bill’ was pulled from being debated in the Senate after being amended and approved in the House of Chambers.

We exist and are not going anywhere. Activists in South Africa, however, reported that the 2022 National Census will not provide for meaningful ways to include and count LGBTI people in. During the past two weeks, many stories from all around the world remind us that our lives are at stake: a 23-year-old trans woman was murdered in Iraq in an alleged honour killing, and many more siblings were lost to hate and violence.

Despite the hurdles, our communities continue to push for change: in Mexico, the state of Baja California approved a Gender Identity Law, making it easier for a person to update  their data on birth certificates. 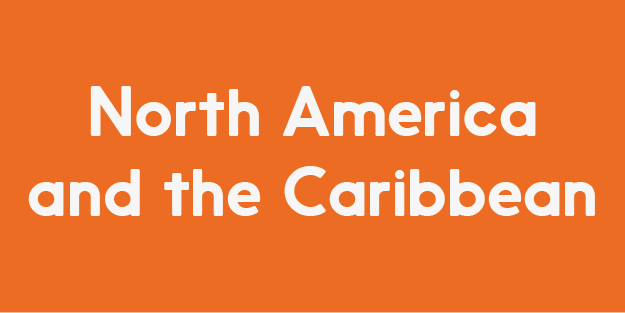 Under the new “Lex Czarnek” bill, extracurricular activities run by NGOs in schools would need approval from a government-appointed supervisor.

Critics have challenged the Law and Justice (PiS) party explanation that changes are needed to protect children, arguing that the bill is part of a wider effort to promote conservative values in schools instead, backtracking on LGBTI rights and sex education. A recent report shone a light on discrimination against LGBTI persons in schools across Poland: according to the study, one-third of the students interviewed have witnessed discrimination in their classes.

Rights groups such as Kampania Przeciw Homofobii (KPH) raised the alarm over the consequences of the bill. “[The bill] is a whip for teachers and principals, as a fast-track dismissal for ‘failure to meet post-inspection recommendations’,” KPH wrote on Facebook.

According to media quoted by the group, the proposed law would also increase the minister’s power over schools through superintendents. “PiS pushed through Lex Czarnek by surprise,”  KPH explained. “The vote took place although it was not on the parliamentary agenda.”

The bill is now on President Andrzej Duda’s desk, a sign away from becoming law.

After an eight-year-old legal struggle, a trans woman in France got to be mentioned on the birth certificate of the child as her biological parent.

The Language Council of Norway announced it could soon officially recognise a new gender-neutral pronoun, as “(its) actual use has increased and stabilised.”

In Hungary, a court ruled that a magazine comparing a lesbian organisation to a “paedophile organisation” did not harm its reputation.

A 23-year-old trans woman was found dead in Iraqi Kurdistan, after law enforcements received a tip-off from a relative. Her name was Doski Azad, and she was a makeup artist. Police became aware of her body's whereabouts after a tipoff from a relative, which also alleged that it was a sibling who had killed her.

The US Consulate General in Erbil described the incident as an "honor killing," and said that discrimination was "undoubtedly" at the root of it. According to reports, the woman’s brother would be the only suspect for the murder, and would have travelled all the way back from Europe with the sole intent of killing her sister.

Sources told media that that the woman had left the family home after receiving multiple threats, which had continued even after she had moved out. An online petition is now demanding “a swift, thorough, and transparent investigation of the crime”.

One year after Myanmar’s military occupation, ILGA Asia and organisations from around the world issued a joint statement in solidarity to LGBTI people in the country, condemning the coup.

In Thailand, the House of Representatives passed a marriage equality bill and sent it to the Cabinet for 60 days of study – in a move criticized by many as an attempt to stall the legislation.

Iran has executed two men who were convicted on charges of “forcible sodomy”, a human rights group reported. Activists reportedly urged the public to challenge the legitimacy of the accusations against the two.

"At no time while I was campaigning or have been elected has someone said 'Yes, Rep Rayner, this is the bill I want you to file. I want you to harm LGBTQ children.'"

The censorship & surveillance agenda of @GovRonDeSantis & his allies does nothing to address Florida's needs. https://t.co/qsa2ZCGYF9

United States: at least seven states are introducing bills to clamp down on discussing LGBTI issues in schools

At least seven states in the US are introducing bills to clamp down on discussions on LGBTI issues in schools, 19th News reported,

Whilst none of the bills have become law yet, some are advancing in state legislatures. Florida’s bill – known as the “Don’t Say Gay” bill by advocates – has recently moved forward with the approval of the Senate education committee. According to Equality Florida, the bill has one more committee stop in the Florida House (Judiciary) and two more committee stops in the Florida Senate (Appropriations and Rules) before a full vote in both chambers. The bill would prohibit school districts from encouraging classroom discussions on gender identity or sexual orientation. It would also allow parents to sue schools if they don’t comply. Condemning the bill, Trevor Project’s Sam Ames argued it would force “many back into the closet by policing their identity and silencing important discussions about the issues they face”.

Proponents of these draft laws claim they are designed to protect children. However, LGBTI advocates argue that these bills would put already vulnerable students in danger of mental health issues or bullying, and even put them at risk of being outed to their families. Some proposals go as far as banning textbooks addressing LGBTI issues, or requiring parents’ written permission for students to join any group that involves gender identity and sexuality.

In the United States, the governor of South Dakota signed into law a bill limiting youth participation to school sports based on their “biological sex”, defined as either “male or female". A few days before the passage, the governor's Chief of Staff had likened trans persons to terrorists.

(trigger warning: description of surgeries) In Quebec, Canada, an inquiry found that since 2015 intersex children have undergone over 1,300 unnecessary surgeries.

According to a new report, people of colour in the United States' LGBT community fared far worse than their white peers on several assessments of health and socioeconomic well-being.

Thread: (1/6) It’s been a difficult few weeks for our community, particularly trans young people and queer people of faith, as our lives have once again been the subject of intense media scrutiny and political debate.

But, in promising news, today we’ve had a win.

Australia’s Religious Discrimination Bill passed after a night of debate in the House of Representatives. However, after being approved with an amendment that was not backed by the government, the proposed law has now hit a roadblock as it was pulled from the debate on the Senate.

Now, the future of the bill is unclear, as it may not even come to the Senate before the elections.

“The Morrison Government today is reported to have shelved its dangerous, divisive Bill indefinitely,” Equality Australia commented. “It’s been a difficult few weeks, particularly for trans young people and queer people of faith, as our lives have once again been the subject of intense media scrutiny and political debate. Together, our efforts have stopped the Religious Discrimination Bill becoming law.” Weeks ago, dozens of human rights organisations had signed an open letter to the prime minister voicing their concerns: "We support fair and equal discrimination laws which protect all of us, including people of faith and those who are not religious, equally alongside other groups," the letter read. "However, previously released drafts of the Morrison Government’s Religious Discrimination Bill failed to protect all of us, equally. [...] Unless the Religious Discrimination Bill protects all of us, equally, we cannot support it."

In Aotearoa New Zealand, a proposed law to ban conversion practices has passed its second reading in Parliament.

“The Census is taking the shortcut route saying it is counting people determined by the sex they’re assigned at birth.” – Iranti Executive Director @JabulaniPereira

South Africa: Census 2022 will not be counting the LGBTI community, activists warn

As Iranti reports, the questionnaire includes a question relating to sex which provides only two options – male or female – referring to “biological make-up of the person or the sex that is assigned at birth”, therefore failing to collect data about intersex, trans and non-binary people. The questionnaire also doesn’t include questions about sexual orientations.

“This effectively renders LGBTQIA+ persons invisible,” argued Nolwazi Tusini, Iranti communications and media manager. “And is not in line with the South African Constitution which enshrines the rights to equality and self-determination.”

“If a census excludes a significant population such as the LGBTI community, then by its very nature it encourages the State to erase our very existence,” added the group’s Executive Director, Jabu Pereira.

Activists sounded the alarm over the spike of suicides and mental health issues among our communities in South Africa.

The Congress of Baja California approved the Gender Identity Law, making it easier for a person to update their data on birth certificates.

Under the new provision, anyone who is over 18 years old and needs to amend their name and gender markers on birth certificates will be able to do so through administrative channels, without applying for an injunction.

The claimant will not need to prove either having undergone gender affirmation surgery or undergoing hormone replacement therapy to access the procedure.

For Susana Barrales, president of Unión Trans, having a birth certificate that matches their gender is the starting point for a person to enjoy any right. “We need health rights, rights to housing, to education,” Barrales said. “Sometimes we abandon studies because we don’t have the right documents.”

At least five people from our communities were killed in Honduras since the beginning of 2022 – including three persons murdered during the same night in separate incidents. Meanwhile, authorities arrested a suspect related to a recent murder of a trans activist.

In Brazil, the prosecutor's office presented a formal complaint against the education minister, who claimed that homosexual teenagers come from "unsuitable families". The judiciary must now decide whether to pursue the case against the minister. 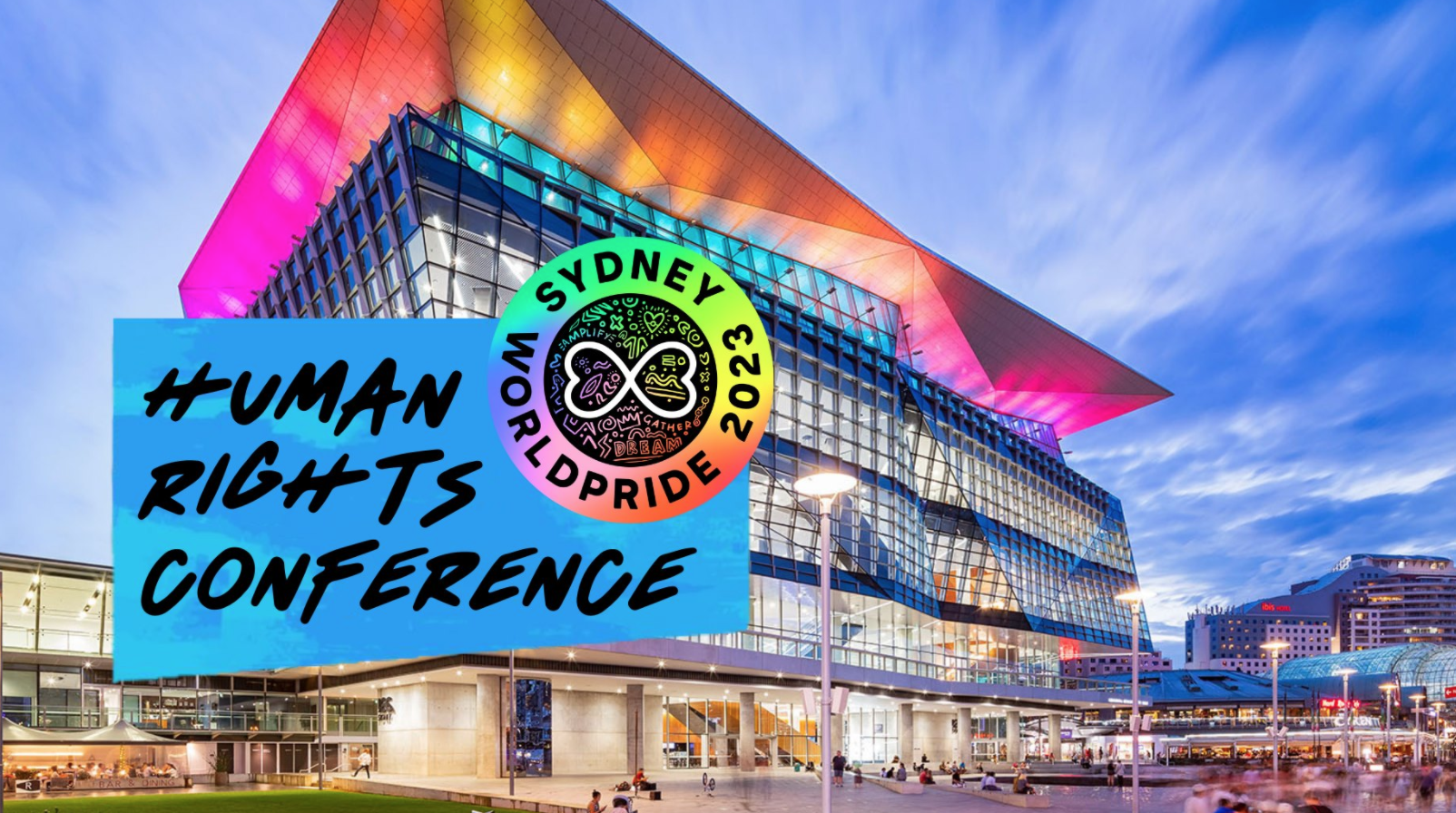