Radio has been bringing music, news, and conversations to wherever we are. It informs us, entertains us, and connects us.

Traditional radio remains a key element of communication. But the world is changing, and so is the radio! Streaming internet radio and podcasts have democratized the way of broadcasting. It has allowed underrepresented groups - including LGBTI people and those who defend their rights - to take the initiative and share their own narratives.

LGBTIQ communities create magnificent resources all over the world, and we picked inspiring podcasts for you. Here is a list (last updated on 13 February 2022) that you can explore to celebrate World Radio Day with us. 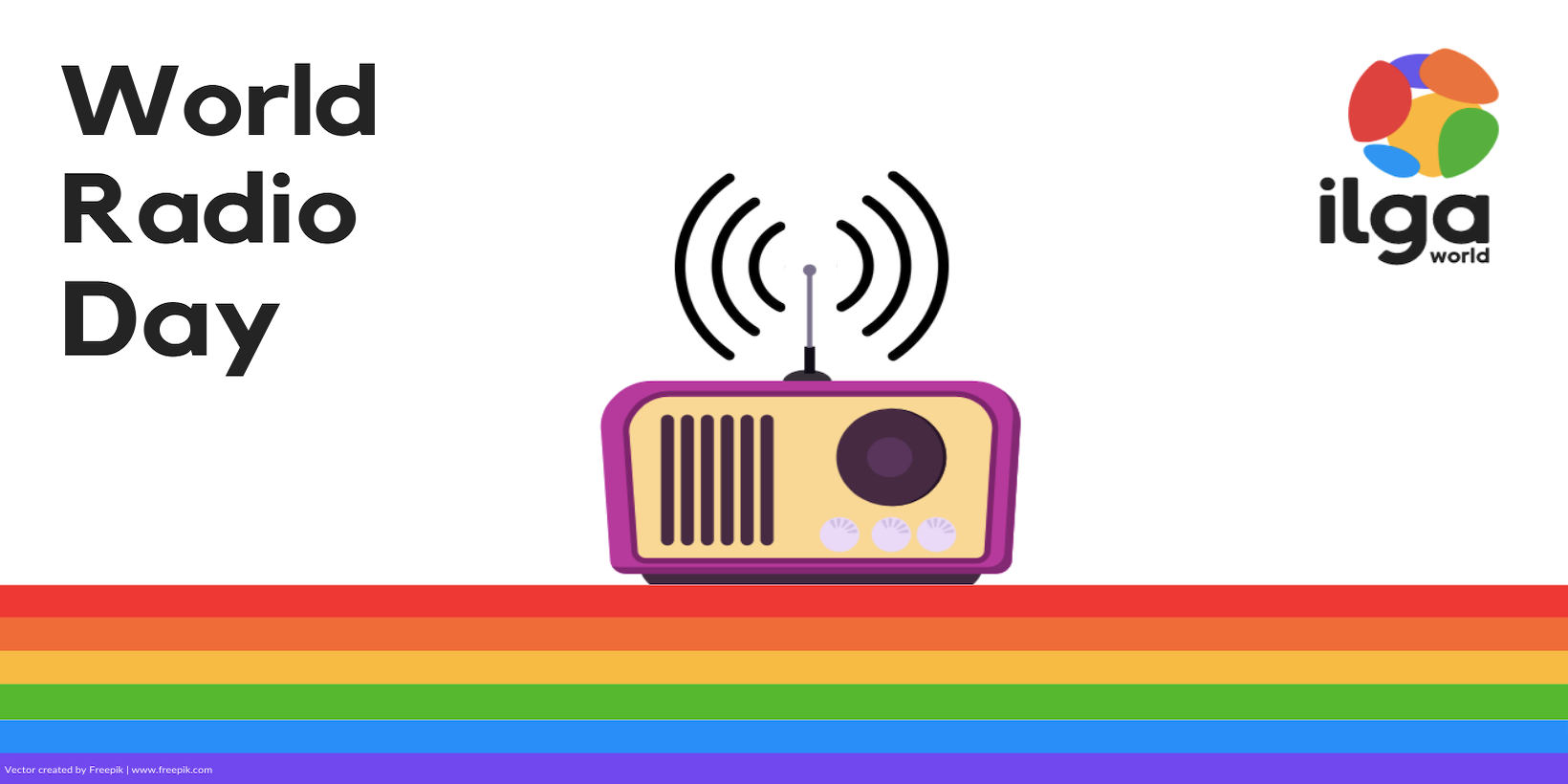 Podcasts from the ILGA family

LGBTIQ podcasts from around the world

The resources provided here are provided by diverse activists and staff of ILGA World from around the world in the spirit of sharing. These resources are not, however, formally endorsed by ILGA World, and nor should their content be seen as reflecting the views of ILGA World on any topic.
Unless otherwise stated, all podcasts below are in English.

Afroqueer
A podcast about queer Africans and African diaspora

Disability After Dark: with Andrew Gurza
A podcast about disability, sexuality, kink, and everything in between!

LGBTQ&A
Weekly interviews with LGBTQ+ public figures, produced by The Advocate magazine in partnership with GLAAD.

Like minded friends
A podcast where two comedians talk about life, love and culture... sometimes

Making Gay History
Through a decades-old audio archive of rare interviews, this podcast creates intimate, personal portraits of both known and long-forgotten champions, heroes, and witnesses of our movement

Queer Arabs
Born out of the need for queer Arabs’ voices to be accessible, this podcast brings you everything from daily struggles to artistic expression (in Arabic and English)

Queer Narratives Beirut
A podcast about sexual and gender diversity in Lebanon's capital. The podcast is a word of mouth collaboration between multiple producers and individuals living in Beirut, and each person who participated was invited to choose the location of their recording, the language they spoke in, and the way in which they told their story​

Sexuality and Gender in Turkey
A series of interviews with academics researching gender and sexuality issues in Turkey.

We Want the Airwaves
In this podcast, Nia King interviews queer artists of color and seeks advice from cultural workers who make a living off their creative and intellectual labor

World Wide Wave
From Australia's Joy94.9, this programme focuses on international LGBT news, advocacy and views by featuring a different country every week

More queer podcasts are being produced all over the world.
Do you know any? Join the conversation on social media to share your tips on this World Radio Day!